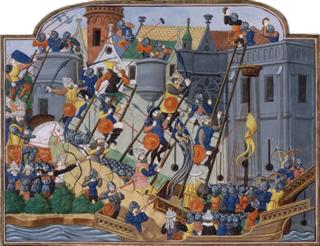 Madinah returns to the centre stage in Akhir al Zamaan

In just another 10 years from now in the month of Rabi al­Thani 1443 the world of Islam will mark the 100th anniversary of the transfer of power in Makkah from the Ottoman Turks to the Arab Sultan ‘Abd al­’Aziz Ibn Saud. Troops loyal to the Sultan of Najd conquered Makkah in the month of Rabi al­Thani 1343 (i.e., October 30th 1924 in Pope Gregory’s western Christian Catholic calendar) in consequence of which ‘Abd al­’Aziz eventually proclaimed himself Sultan of Najd and King of Hejaz.
In 10 years from now it will also be a hundred years since Makkah and Madinah were taken out of Dajjal’s Ottoman frying pan only to enter into Dajjal’s Saudi­-Wahhabi fire. Let there be no doubt in the reader’s mind that after having shamelessly aligned Saudi Arabia with the Zionist Anglo­American Judeo­Christian alliance for the longest while, Saudi Arabia’s leaders have now made that State a strategic ally of the Zionist State of Israel. And hence it is clear that they work for al­ Masih al ­Dajjal, i.e., Dajjal the false Messiah or Anti­-Christ. This is perhaps the implication of the vision in which Prophet Muhammad (sallalahu ‘alaihi wa sallam) saw Dajjal making Tawaf around the Ka’aba. There is also considerable evidence that the Ottomans acted, consciously or unconsciously, on Dajjal’s behalf by rendering considerable assistance to western Christianity. They did so by repeatedly plunging a vicious and venomous knife for some 600 years into the heart of its rival, i.e. eastern Christianity or Rum. This was in accord with Dajjal’s agenda since it was western Christians who made an alliance with Jews, and it is that alliance which brought Israel into being. Rum never made such an alliance with the Jews! The predictable result was intense hatred for Islam and hostility towards Muslims on the part of those in Rum who suffered so unjustly and for so long a period of time. Both the Ottoman State, as well as Saudi Arabia, mysteriously and wickedly disregarded the prophecy of the blessed Prophet that Muslims will make an End­Time alliance with eastern Christianity or Rum. Hence both the Ottomans as well as the Saudi­-Wahhabis rendered strategic assistance to Dajjal.

The Ottoman Empire conquered and occupied much of the Arab world – including the Hejaz – and succeeded in transferring the capital of the Khilafah (Caliphate) – for the first time ever – out of the Arab world to the former Christian Byzantine city of Constantinople in Euro­Asia. The Ottomans hardly had any credentials to rule over the heart­land of Islam. Yet, in accordance with Dajjal’s plan, they did so for more than 400 years until a European­engineered Arab Spring dismantled Ottoman rule, destroyed the institution of the Khilafah, and installed pro­western rulers over the Arabs (including the Hijaz). The destruction of the Khilafah and transfer of power to pro­western Arab rulers paved the way for a State of Israel to be successfully established in a Holy Land that was located in the very heart of the Arab world. Without 400 years of imperial Ottoman rule over the Arabs, followed by that ‘Arab Spring’, the Zionist State of Israel could never have been established. Sharif al-­Husain, the Ottoman­ appointed Arab Sharif of Makkah, did claim the Khilafah for himself, in response to the Turkish abolition of the Khilafah, but it was too late for an Arab Khilafah to be restored. Britain used ‘Abd al­’Aziz Ibn Saud to make short work of that short­lived Arab Khilafah and to then ensure that the Khilafah of Islam could never be restored so long as the Saudi­Wahhabis controlled the Hejaz. Husain had to flee, and the subsequent Saudi­Wahhabi rule over the Hejaz ensured (from a British view) that the Khilafah remained permanently buried – never to be restored (see my book entitled ‘The Caliphate the Hijaz and the Saudi­Wahhabi Nation­State’ on my website: http://imranhosein.org/books/126-the-caliphate-the-hijaz-and-the-saudi-wahabi-nation-state.html