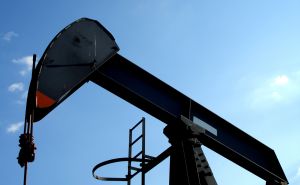 Our conference must ensure that we explain issues relating to ‘money’ in a manner that can be readily understood, not just by those present in this gathering here in Kuala Lumpur, Malaysia, but also by the hapless multitudes around the world who know little or nothing of this subject, and who look to us for guidance; hence an imperative of ensuring both simplicity and clarity, while avoiding the use of technical jargon. I avoid it to such an extent that those present in this audience will not hear even the words ‘fiat money’ in my presentation.

We must, however, provide an adequate explanation of the term ‘Petro-dollar’, since our view is that it is symbolically present in a Hadith of Prophet Muhammad (peace and blessings of Allah Most High be upon him) on which this paper is based. We must reveal the staggering role that it has played and still plays, in sustaining today’s unjust monetary system, as well as the equally unjust international banking system. Both the international monetary system and the international banking system are absolutely unique phenomena in human economic and monetary history. In other words no one in history has ever experienced the unique injustice and oppression that mankind now experiences in the worlds of money and banking. This, perhaps, explains the strange ignorance of the reality of modern money and banking.

Our view is that petro-money has an even more sinister role to play in the new monetary system that will emerge to replace the present one, consequent upon the imminent demise of the US dollar – but more about that later.

The monstrously unjust roles that the international monetary system and the international banking system have played, and still play, in the affairs of the world today, cannot be adequately explained if we restrict ourselves to purely economic and monetary analysis. Rather there are important non-economic and monetary questions which must also be answered if we are to fully understand this subject. For example, gold and silver have continuously functioned successfully as money all through our history as a civilization, until modern western civilization emerged with an agenda of establishing its dominion over the rest of the world. Western wars of aggression then led to colonization of much of the non-European world.

• Is it by accident or by design that decolonization resulted in the rest of the non-European world becoming part of a mysterious and ominous new European monetary system in which, for the first time in human history, mankind was prohibited by international law from using gold as money, and in which money with intrinsic value was replaced by money with no intrinsic value?
• Is it by accident or by design that the new European monetary system supported a European banking system which together operated in such wise that they and their clients grew incredibly wealthy while the rest of the world was imprisoned in increasing poverty and destitution?
• Has that economic impoverishment lead to political servitude?
• Is it true or is it false that modern political servitude invariably implies conformity with a Zionist agenda?
• Is it by accident or by design that European Zionist Jews and Zionist Christians have a firm control over that monetary and international banking system and are using it to the advantage of the state of Israel?
• Is it by accident or by design that the modern secular west continued the Jihad (known as the crusades) waged by medieval Christian Europe to liberate the Holy Land from Muslim rule, until success was finally achieved in 1917? Why did non-European Christians refrain from participating in an ostensibly Christian Jihad? Why did western European Christians fight their eastern Christian brothers-in-faith while making their way (in a Christian Jihad) to the Holy Land?
• Is it by accident or by design that the West then presided over the birth of a State of Israel in the Holy Land some 2000 years after Holy Israel was destroyed by divine decree, and the Jews were then brought back (by hook and by crook) to reclaim the Holy Land as their own some 2000 years after they were expelled from it by divine decree? Did all of the above take place by accident, or was it part of a grand design that would eventually make it possible for Israel to rule the world? Why would Israel want to rule the world?

The Qur’an has declared that it explains all things:

“……for one Day We shall raise up within every community a witness against them from among themselves. And thee [too, O Prophet,] have We brought forth to bear witness regarding those [whom thy message may have reached], inasmuch as We have bestowed from on high upon thee, step by step, this divine writ, to make all things clear (i.e., to explain all things), and to provide guidance and grace and a glad tiding unto all who have surrendered themselves to Allah.
(Qur’an, al-Nahl, 16:89)

Our books and lectures on the subject of Islamic Eschatology – in particular ‘Jerusalem in the Qur’an’ and ‘The Gold Dinar and Silver Dirham – Islam and the Future of Money’ – offer answers derived from the Qur’an and Hadith to all of the above questions.

What these answers indicate is that there is an eschatological dimension to the subject of contemporary world affairs which is absolutely indispensible for a proper understanding of the subjects of money and banking. At the heart of that explanation is the return of the true Messiah, Jesus the son of Mary (peace and blessings of Allah Most High be upon them both) who would rule the world from Jerusalem, and the advent of a false Messiah who would attempt, prior to his return, to impersonate the true Messiah. In order to successfully impersonate the true Messiah he would have to:

• liberate the Holy Land for the Jews,
• bring the Jews back to the Holy Land to reclaim it as their own,
• restore a State of Israel in the Holy Land and deceive the Jews into embracing it as Holy Israel, and
• cause that imposter Israel to become the ruling State of the world.

I recognize Dajjal the false Messiah as the actor responsible for all of the above. As a consequence of our Islamic Eschatology we were able to understand events unfolding in the world for quite some time now as preparatory to the establishment of Zionist-controlled world government, world economy, and a global currency, etc.
Our eschatology also allowed us to recognize petro-money to be located at the very heart of Dajjal’s quest to rule the world.