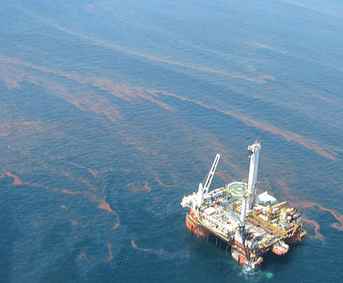 WILL THE SECOND SINKING OF THE EARTH SOON OCCUR?

Prophet Muhammad (peace be upon him) prophesied that ten major Signs of the Last Day would occur as follows:

1. Dajjal, the false Messiah or Anti-Christ,
2. Gog and Magog,
3. Smoke,
4. The beast of the earth or land (most likely the holy land),
5. That the sun would rise from the west,
6, 7 & 8. That the earth will sink on three occasions – one in the East, one in the West and one in Arabia,
9. That a fire would come out of Yemen and would drive people to their place of assembly (for judgement),
10. That the son of Mary would descend (i.e. return).

The blessed Prophet did not provide information concerning the chronological order in which those Ten Signs would occur.

In my 2005 essay entitled ‘New Orleans and the Signs of the Last Day’ I pointed out that the December 2004 massive under-water ‘sinking’ of the ocean-bed in South-East Asia spawned a Tsunami which caused more than a hundred thousand deaths, most of them in the faithfully Muslim province of Aceh in Indonesia. It also provoked me to write an essay entitled ‘Ten Major Signs of the Last Day – Has One Just Occurred’? That essay directed attention to three ‘sinkings’ of the earth (Khusuf), as prophesied by Prophet Muhammad, that would herald the return of Jesus, the true Messiah (peace and blessings of Allah Most High be upon them both). The first, he said, would occur in the East (i.e., east of the Arabian city of Madina), the second in the West, and the third and last in Arabia itself. I argued in that essay that events now dramatically unfolding in the world were linked to that momentous ‘Messianic return’ with which history would culminate, and that the December 2004 Tsunami was very likely the first of the three signs mentioned above, i.e., the sinking of the earth in the East. And Allah Knew best! That view of mine found ready acceptance amongst many Muslims in different parts of the world, but failed to impress the scholars of Islam.

I then went on to direct attention to the fact that the city of New Orleans sank by some twenty feet (and is still sinking) before experiencing massive destruction in late August 2005 by floods provoked by hurricane Katrina, and I suggested that the world might have witnessed the second of those three sinkings of the earth with precisely the same unforgettable drama that attended the first. “And Allah Knew best!”

The essay included the following paragraph: “If I am correct, then around the world all eyes should now be focused on Arabia in order to monitor that third and last ‘sinking of the earth’ that must occur before Jesus (peace be upon him) returns. And even if I am wrong, I would not have passed far from the target, and there must be blessings in store for those who direct the attention of mankind at this time to this subject.”

It now seems that I was wrong in recognizing the New Orleans event as the second sinking of the earth. But it also appears that I may not have passed far from the target. Petroleum engineers are increasingly of the opinion that the massive oil leak in the Gulf of Mexico cannot be stopped without a nuclear explosion detonated on or below the sea-bed. But a nuclear explosion on or below the sea bed in the Gulf of Mexico can possibly result in that second sinking of the earth. It can also provoke a huge gas explosion, as well as spawn another fearsome Tsunami (and Allah Knows best). I have long suspected that the 2004 Tsunami was provoked by an underwater nuclear explosion. If my suspicion is correct then it appears that “chickens are coming home to roost”.

We must now wait for news of massive evacuation of towns, cities and villages on the southern coast of USA for confirmation that a seabed nuclear explosion is imminent.

If a seabed nuclear explosion were to provoke a dramatic sinking of the earth with an attendant Tsunami and gas explosion it would provide the perfect world-wide diversion that both Israel and USA would gleefully exploit to accomplish evil goals they have been pursuing for quite some time.

In previous essays we have warned that another attempt will certainly be made to overthrow Hugo Chavez’s Venezuelan government, and it now seems that a dramatic Gulf of Mexico gas explosion and Tsunami might provide just the opportunity for such an attack on Venezuela.

Israel on the other hand has been impatiently waiting to provoke the messianic war or wars that she so anxiously wants to launch in order to achieve a number of objectives, some of which are as follows:

1.    destroy Pakistan’s and Iran’s nuclear plants in order to eliminate any possible nuclear threat to Israel;

2.    provoke regime change in Turkey through a military coup d’etat in order to get rid of both Turkey’s pro-Islamic government as well as the Turkish-Iranian alliance that is blossoming;

3.    expand the territory of the imposter so-called Holy State of Israel until it encompasses its (false) biblical frontiers;

Ultimately of course, Israel wants to replace USA, as USA had previously replaced Britain, as the ruling State in the world, in order that a false Messiah or Anti-Christ might fraudulently claim from Jerusalem to be the true Messiah.

Israel is not alone in the world. She has many friends and clients who would support her in her coming messianic war or wars. Apart from the European world which has been waging messianic war on Islam since the beginning of the crusades, Israel can depend on clients within the world of Islam to provide strategic assistance.  The pro-Israeli Egyptian, Saudi and Pakistani governments and armed forces are almost certainly going to provide covert assistance to Israel.

The world in general and the Muslim world in particular, appear to be on the very verge of monstrously evil change – yet the world of Islamic scholarship continues to remain strangely and embarrassingly incapacitated to provide an explanatory response. Scholars of Islam refuse to recognize today’s Gog and Magog world-war whose master-mind is none other than Dajjal, the false Messiah!