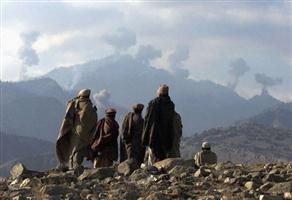 The epistemology of the modern West

Modern western civilization emerged in consequence of sudden unprecedented and hitherto inexplicable change that overtook Europe. A civilization which was previously based on faith in Euro-Christianity, and which had given mysterious expression of that faith in the Euro Crusades, experienced a radical change which mysteriously transformed it into an essentially godless and uniquely decadent Judeo-Christian civilization based on materialism. The new ‘one-eyed’ epistemology, which paved the way for the collective embrace of materialism, was one that specifically denied the possibility of knowledge being acquired through religious experience, or through revelations from the unseen, i.e., through the second (inner) eye. Observation and experimentation were the only valid means through which knowledge could be acquired; hence that which could not be observed could not be known. The new epistemology naturally paved the way for a dramatic conclusion, to wit, that a world which could not be observed and known, did not exist. Hence there is no reality beyond material reality.

In so dismissing God from the conduct of all worldly affairs the modern west made possible the creation of both the secular godless model of a state as well as the secular Riba-based economy.

Iqbāl realized that the acceptance of this western epistemology would result in the complete destruction of religion, including Islam. Knowledge would be secularized, and the secularized mind would be cut off from the unseen world — the world of the sacred. The heart would then lose that sacred light without which its sight is, at best, dim. Even the best scholars in the world of Islam would then be in danger of being deceived by western Pied Pipers, and all of mankind would dance to their tunes. Islamic thought would be so secularized that a spiritually-blind Protestant so-called revivalist version of Islam would emerge. An age, which had already experienced the total dominance of western civilization over all of mankind, posed a great danger of precisely such an epistemological penetration and corruption of the Muslim mind.

Iqbāl’s response was to devote two of the seven lectures that were subsequently compiled in a book as “The Reconstruction of Religious Thought in Islam”, to a vigorous defense of the Sufi epistemology, and to place these two lectures at the very beginning of the series of lectures. They occupy the same prominent position as the first two chapters of the book.

In Knowledge and Religious Experience and The Philosophical Test of the Revelations of Religious Experience, Iqbāl presented the most well-reasoned and persuasive challenge to the new western epistemology ever penned by a Muslim. These first two chapters of the Reconstruction were produced and prominently placed for precisely this purpose, i.e., to stimulate Islamic scholarship to probe with Allah’s light, and to penetrate beyond the seductive appearances presented by the modern age, in order to reach its poisonous reality. Such a penetration of reality would expose the Shirk that was located in the secular western model of a state and the Riba that was located in the secular western model of an economy. It would also expose the bogus and utterly fraudulent nature of European-created paper currency.

More than seventy years have passed since that epistemological response to the challenge of the West appeared in the first two chapters of Reconstruction, and neither has western scholarship condescended to respond to it nor has Islamic scholarship cared to follow in the epistemological trail which Iqbāl had blazed. Indeed, this failure on the part of Islamic scholarship is partly responsible for the terrible plight in which the world of Islam now finds itself. The western world, with its secularized system of education, its politics of power-lust, greed and polarization of society, and its economics of exploitation, has enjoyed almost total success in deceiving the world of Islam and in thus leading it down the road of impotence, anarchy, intellectual confusion, and the ruination of faith. The most embarrassing example of that western success is of course the bogus, utterly fraudulent and Harām paper currencies that the whole world has been deceived into embracing.

From his adolescent days as a college student in Lahore when he was exposed to Thomas Arnold, to his university education in the leading universities of Britain and Germany, Iqbāl’s exposure to western thought was daringly intimate. He lived in an age that was forced to observe and to respond to the literal explosion of a unique and amazing western scholarship that was extending the frontiers of knowledge in almost every branch of knowledge. Western civilization’s modern thought occupied center-stage in the world of knowledge. History had never witnessed anything comparable to that scholarship. It challenged the traditional world of scholarship with a claim to surpass everything that preceded it. Indeed, the scientific and technological revolution of the West was something unique in the world of knowledge.

Did Iqbāl have no peer within his own world-wide Muslim community? Why was there not a single reference in those pivotally important first two chapters of Reconstruction of Religious Thought in Islam to Turkey’s Said Nursi or to a contemporary Muslim scholar in the huge and intellectually influential Indian Muslim community? Had Islamic thought really come to such a standstill, even amongst those who were recognized as Allama, Shaikh al-Islam, Shams al-Ulama and Sufi Shaikh, that there was nothing that contemporary Islamic scholarship could contribute to the subject matter of those two chapters of Reconstruction of Religious Thought in Islam? Was Iqbāl addressing the western world, or was he addressing the Muslim world in this series of lectures he chose to publish under the title of ‘Reconstruction of Religious Thought in Islam’? Why did he choose to deliver his addresses on such an important subject in a language that belonged to western civilization and was alien to Islamic civilization?

It must have been an absolutely amazing spectacle to behold Iqbāl, seventy-five years ago, addressing his largely uncomprehending Muslim audience (one needs to have some knowledge of philosophy in order to comprehend these lectures) in chaste English and in a manner which conformed to secular Western linguistic etiquette and sensibilities.

It must have been an equally amazing sight to behold the same Iqbāl using the native Urdu and Persian languages to convey through poetry a message whose form and substance was quite alien to the Western mind but which penetrated the very soul of his people. It reawakened and re-energized them. It gave them hope and caused them to respond with a ringing reaffirmation of faith in Islam.

We believe that Iqbāl was not, himself, immune from the negative influence of the very Western epistemology of which he warned so strongly. His poetry, which came directly from the heart, witnessed the unsurpassed use of the Sufi epistemology and was uncluttered by any Western logical or epistemological restraints. The same cannot always be said of his thought when expressed in English. Our purpose in this paper is to direct attention to a subject which, more than any other, illustrates Iqbāl’s duality of thought. That subject is the end of history.